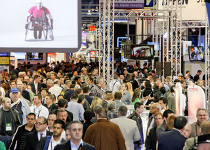 More to watch in 3D on TV, but enough?

More new tech for sending content from smartphone to TV

More new tech for sending content from your smartphone to a TV No wires and no special boxes are required for taking what’s on your smartphone and showing it on a connected TV.   That’s the promise of a company called ShoDogg where president Michael Rinzler says…“It’s also completely portable.   So...
Read More...